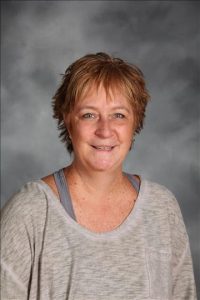 Mary Dzieginski attended the University of Dubuque and attained a double major of Flight Operations and Aviation Management.  She then earned her Private and Commercial pilot’s licenses with Instrument and Multi Engine ratings.  Mary worked for Midway Airlines until they ceased operations.  After both of her children started school at St. Raphael, she obtained her Sub Certificate and began Substitute Teaching at St. Raphael School.  In 2009, she was asked to be the Aide in Kindergarten and the class of 2019 was her first graduating class.  She has been blessed to see them from start to finish.  Kindergarten has been her home ever since, except for one year in second grade with our class of 2021, where she was lucky enough to have them twice!