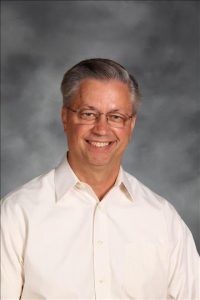 Mr. Gallagher grew up in the Chicago area.  He attended St. Hubert Catholic School in Hoffman Estates, Schaumburg High School, and Northwestern University, where he studied education and majored in math.  He earned a Masters Degree in Computer Science.  He married his college sweetheart in 1979 and moved to Fort Lauderdale, FL, where he accepted his first job doing software development.  Mr. and Mrs. Gallagher welcomed their first two daughters while in Florida, before settling back in Naperville and having their son and third daughter.